It’s likely that 2020 will be remembered as the year of the video streaming service, as the COVID-19 pandemic has forced us to spend an unprecedented amount of time hunkered down in our homes. Confinement is easier to bear when you can enjoy a good series or movie, and for that, fortunately, we have platforms like HBO.

If you’re an HBO subscriber, you have probably discovered one of the platform’s major drawbacks: the catalog is so big that you never know what to watch! You’ve probably had the experience of curling up on the sofa to enjoy a good series, only to spend so much time browsing the catalog that you fall asleep before you can even decide what to watch.

To make it easier for you, in today’s article, we’re going to tell you about the best movies and series in the HBO catalog in 2020. That way, instead of wasting your time searching, you can spend it watching something great! We hope you find it helpful.

The best movies on HBO 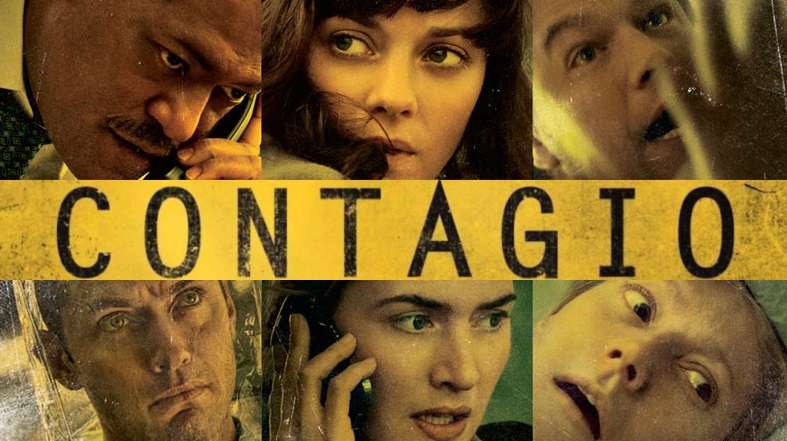 We can’t think of a more perfect movie to watch during the COVID-19 pandemic than a film about a pandemic. Contagion, a thriller directed by Steven Soderbergh, tells the story of the world being afflicted by a deadly virus of unknown origin. The virus spreads so quickly and rampantly that it decimates a large part of the global population in a matter of days. Compelling, distressing and downright horrific (especially in times like these), Contagion is film that you shouldn’t miss.

Steven Spielberg directed this entertaining, spectacular film about gamers. In Ready Player One, we’ll travel to the year 2045, a dystopian future in which young Wade Watts’ only escape from reality is to connect to a virtual world called OASIS. When the game’s creator dies, the company’s future and his fortune are to be decided by a treasure hunt inside OASIS. Wade and other players won’t hesitate to use all their skills to obtain this valuable reward. Full of references to the film and gaming worlds, Ready Player One is a fun, fast-paced movie that nobody should miss. 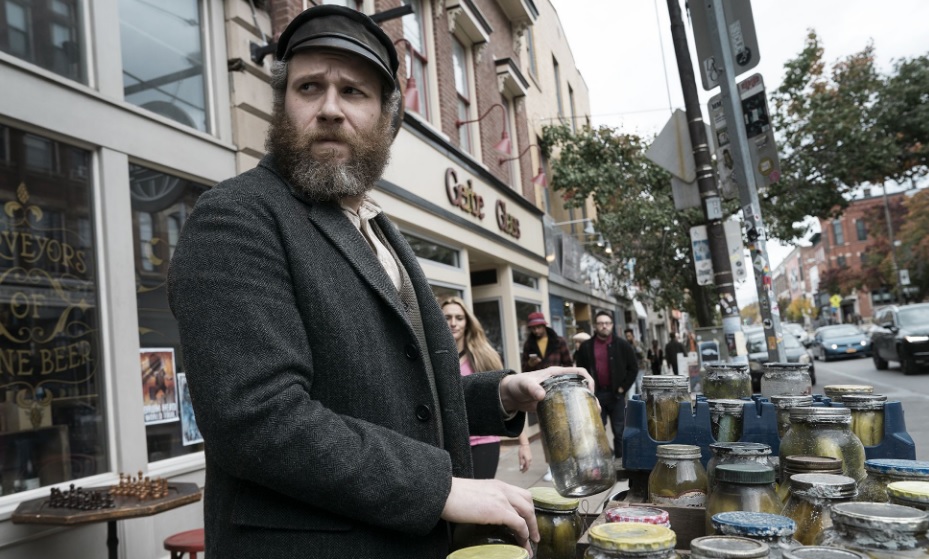 We’ve seen more than a few time machines, from the classic DeLorean to a hot tub capable of transcending time and space, but… what about a vat of pickle brine? Based on this crazy premise, An American Pickle is a wild film starring Seth Rogen in which a recent immigrant to the United States accidentally falls into a vat of pickles and is preserved for 100 years. Clever, irreverent, moving and hilarious, An American Pickle is a great film on HBO that you simply must see. 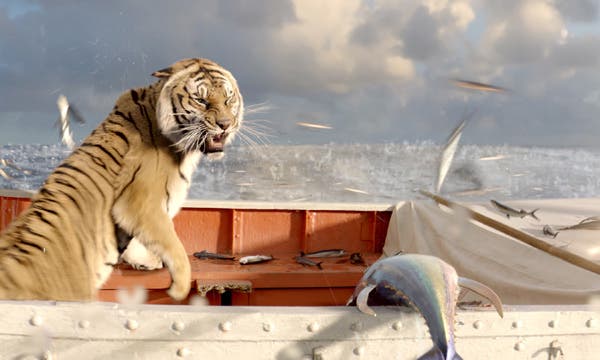 Life of Pi is one of those films that will amaze you with its visual beauty and moving story. This superb film by Ang Lee centers on the misadventures of Pi, a young Indian man who survives a shipwreck in the Pacific Ocean. However, Pi isn’t the only survivor. In his lifeboat, he finds a Bengal tiger with whom he will gradually form a beautiful friendship. Magical and full of unforgettable moments, Life of Pi is an especially good movie for animal lovers and for anyone who considers film to be an art form. 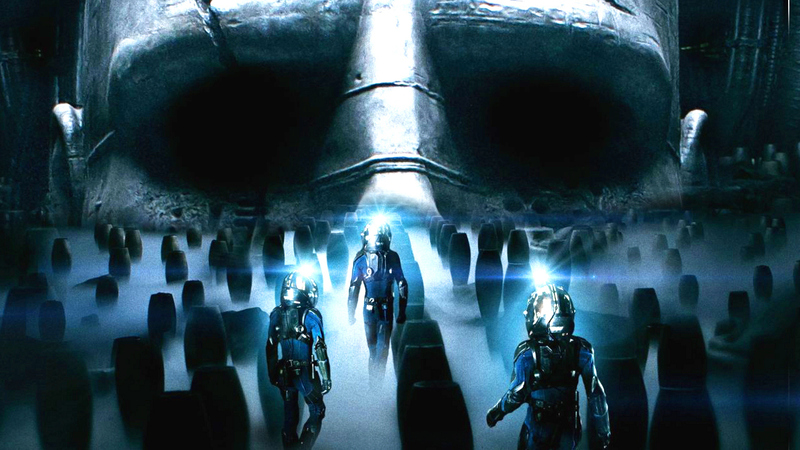 Ridley Scott’s films never leave anyone feeling indifferent, and Prometheus is no exception. Conceived as a prequel to Alien, the movie follows the adventures of a group of scientists who travel to a faraway planet to seek the origins of humanity. There, they will meet some mysterious, intelligent beings known as the Engineers, who will leave the protagonists with more questions than answers. More complex than most movies, Prometheus is one of those films that sci-fi fans and anyone who loves an intricate plot cannot miss. That said, you might be left scratching your head at the end. Don’t worry, you’re not the only one! 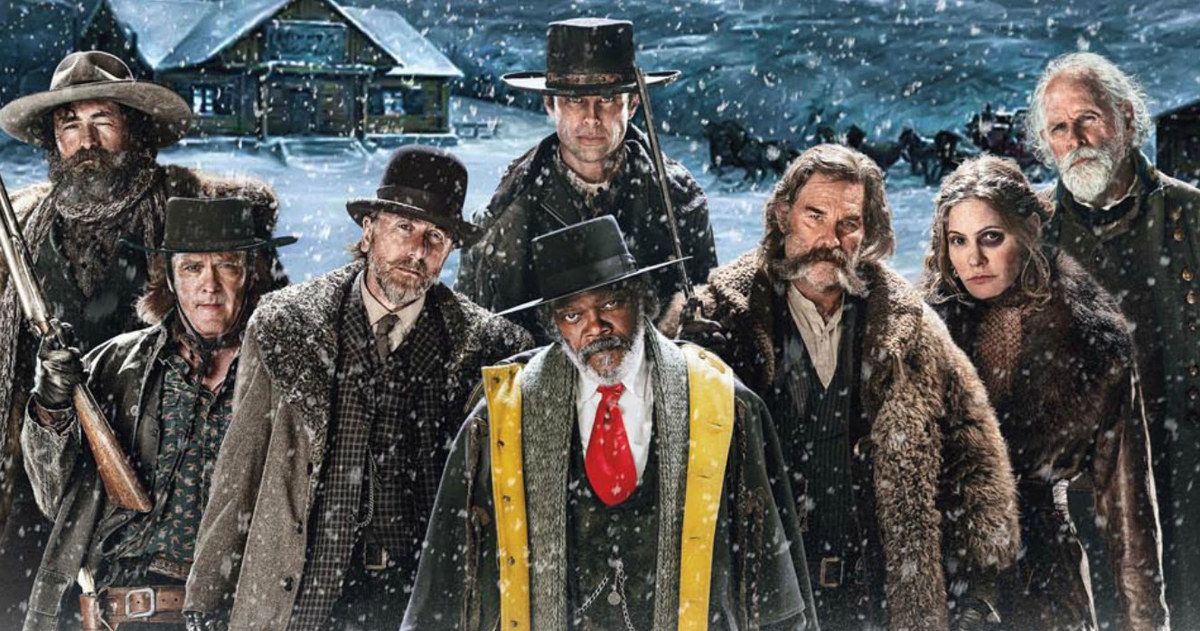 To many, The Hateful Eight is Quentin Tarantino’s greatest film. This fast-paced movie brings together well-known faces, such as Samuel L. Jackson and Kurt Russell, in an unforgettable western thriller. It tells the story of two bounty hunters and a newly appointed sheriff escorting a fugitive to the town of Red Rock. On the way, they seek refuge from a blizzard at Minnie’s Haberdashery, where they will meet four strangers with a mysterious past. With a heart-stopping script that leaves no room for boredom, Tarantino once again proves why he is one of the most influential directors of recent times.

The best series on HBO 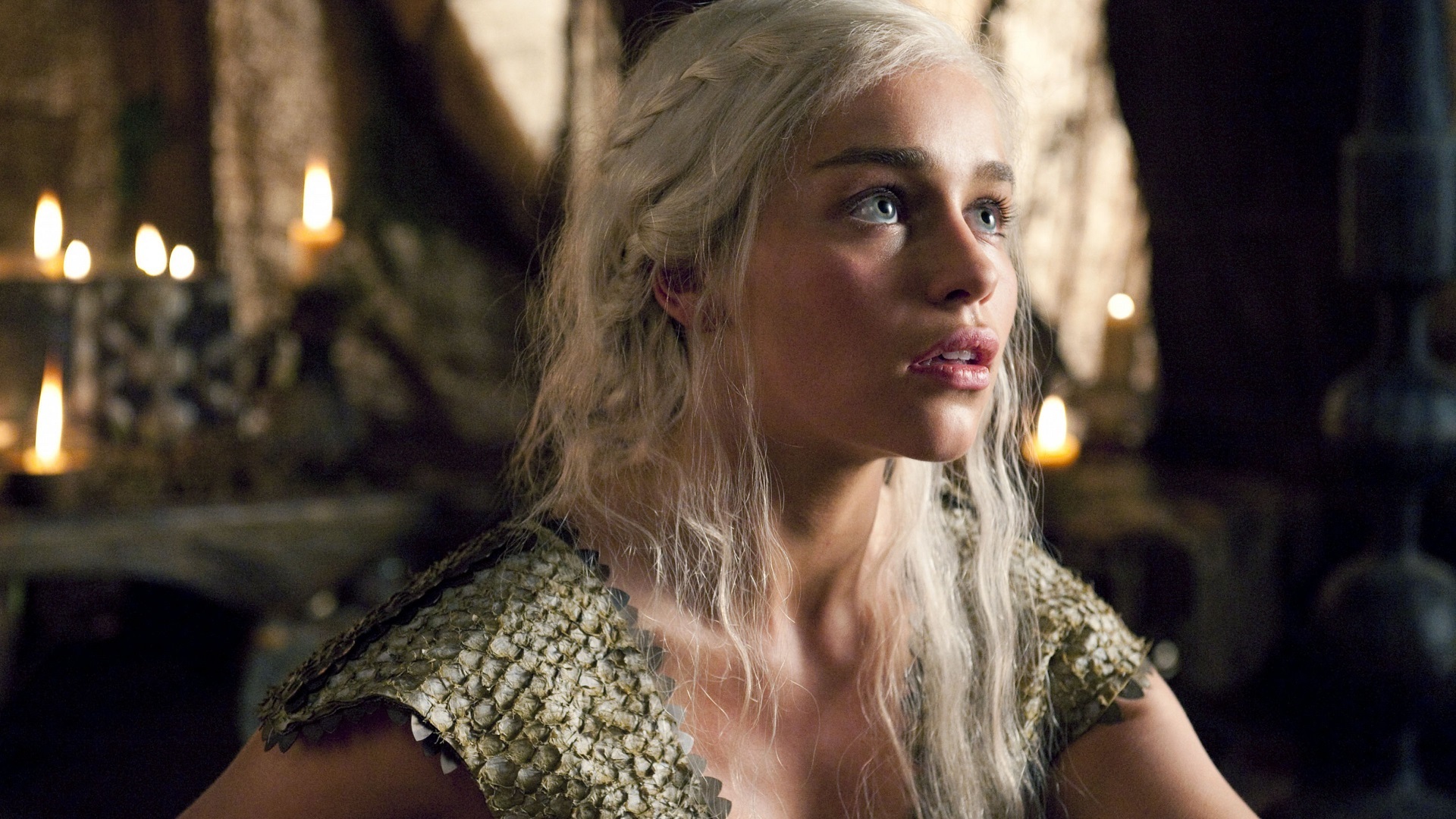 It would be wrong not to start our list of must-see HBO series with Game of Thrones. Based on the books of George R.R. Martin, this epic show was and still is the crowning glory of this streaming platform. Over the course of eight seasons, you’ll follow the intrigue, mischief and betrayals of those vying to rule the Seven Kingdoms of Westeros. Who will sit on the Iron Throne? Whether you’ve already watched it, or you (inexplicably) have yet to see a single episode, don’t miss your chance to rewatch a series that has made history. 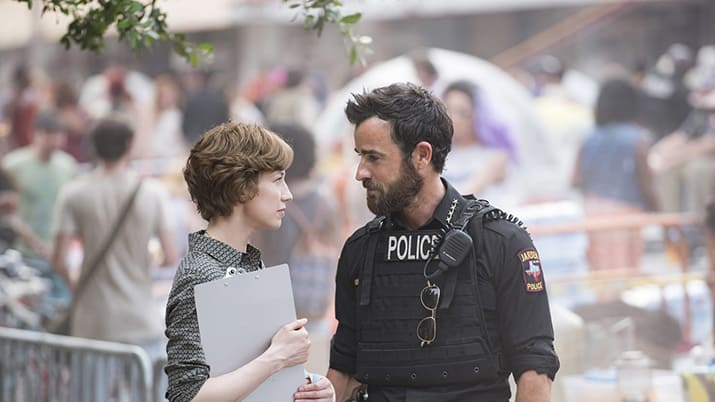 The Leftovers is a shocking series full of surprises and plot twists that will keep you glued to your TV for its three excellent seasons. Created by Damon Lindelof, The Leftovers presents a hypothetical situation in which 2% of the world’s population disappears overnight for no apparent reason. Exceptionally compelling, this series will plunge you into the depths of the human psyche, and you’ll devour episode after episode until you understand what happened. Feel like watching it?

WATCH THE LEFTOVERS ON HBO 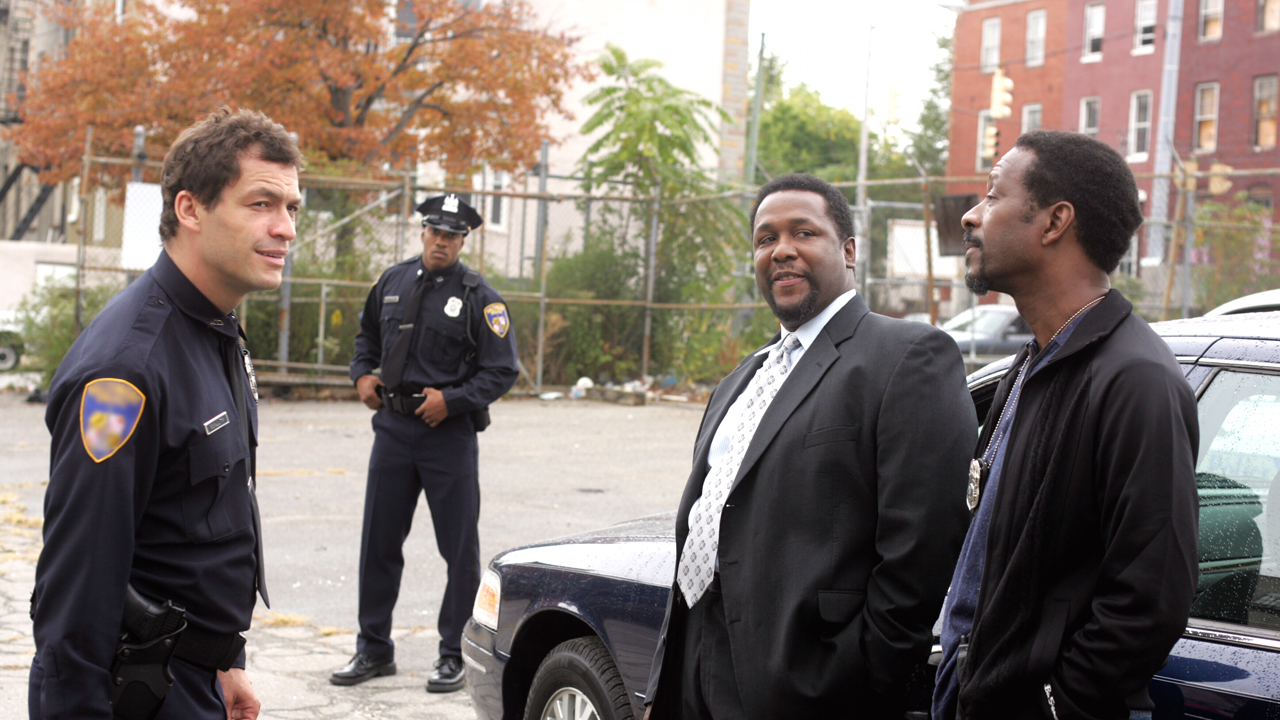 The Wire is a classic HBO series. This thriller based on a true story was the show that turned the cable network into a favorite of series fans. Considered the best TV show in history by Empire magazine, The Wire weaves an interesting plot about police officers and drug traffickers in the city of Baltimore. Don’t miss any of its five seasons. By the way, HBO has the remastered version! 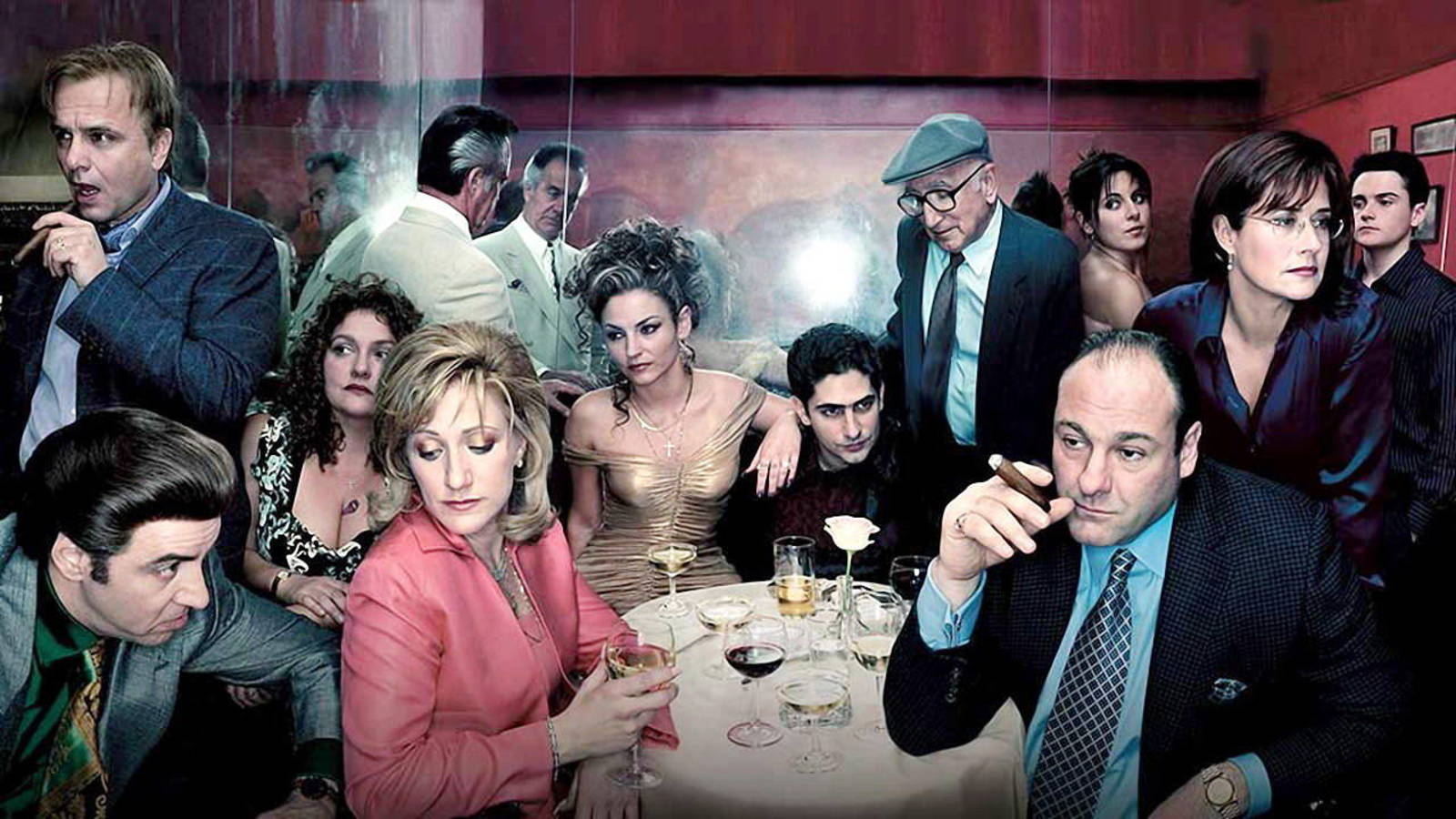 Created by David Chase, The Sopranos marked a turning point for TV series. It tells the story of a wealthy New Jersey family whose patriarch, Tony Soprano, is the boss of the local mob. Full of black humor, the series shows Tony dealing with his family as well as his “business” while trying to overcome his constant anxiety attacks. After six seasons and countless awards, The Sopranos is considered by many to be the perfect TV series. Want to find out why? 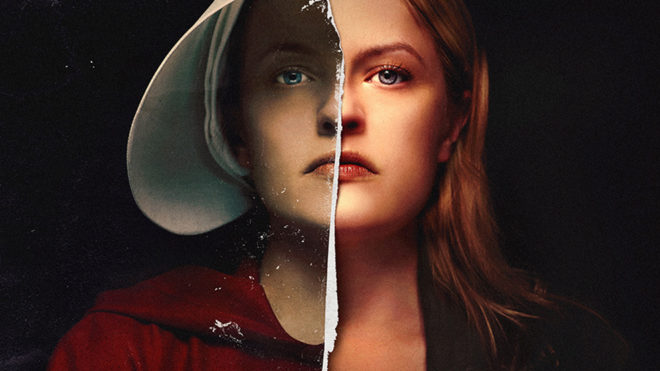 Based on Margaret Atwood’s bestseller, The Handmaid’s Tale is a series you can’t miss. It tells the story of a dystopian future in which the United States becomes the Republic of Gilead. In this new society, the birth rate has plummeted and freedom of the press and women’s rights are suppressed. As a result, one of the new roles is “handmaid,” a woman whose sole purpose is to have children in accordance with the teachings of Gilead. The series narrates the life of Offred, a young woman who is taken as a slave and forced to serve as a “handmaid” to a mysterious man. 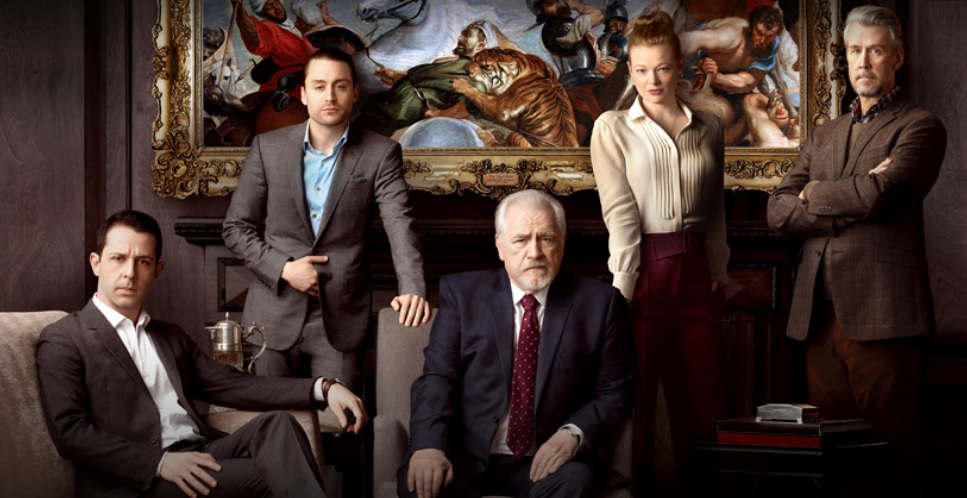 Succession, the big winner at this year’s Emmy Awards, is the latest HBO breakout series. It follows the life of Logan Roy, head of the world’s largest communications and entertainment firm, and his four children, Kendall, Roman, Siobhan and Connor. Masterfully blending comedy with drama and intrigue, Succession will keep you hooked from the get-go with its plot full of corruption and power struggles.

We hope our list of the best content on HBO has helped you choose something to watch on this streaming platform. Is there a series that we have forgotten or that you want to recommend? Tell us about it in the comments section!

If you liked this article then you'll love our newsletter!

Join us to receive hilarious memes, photo galleries, tips&tricks, and the best games!